Due to the coronavirus pandemic the March edition of Flourish is currently available in digital form only. You can read selected stories online on this page or download a PDF of the whole paper. 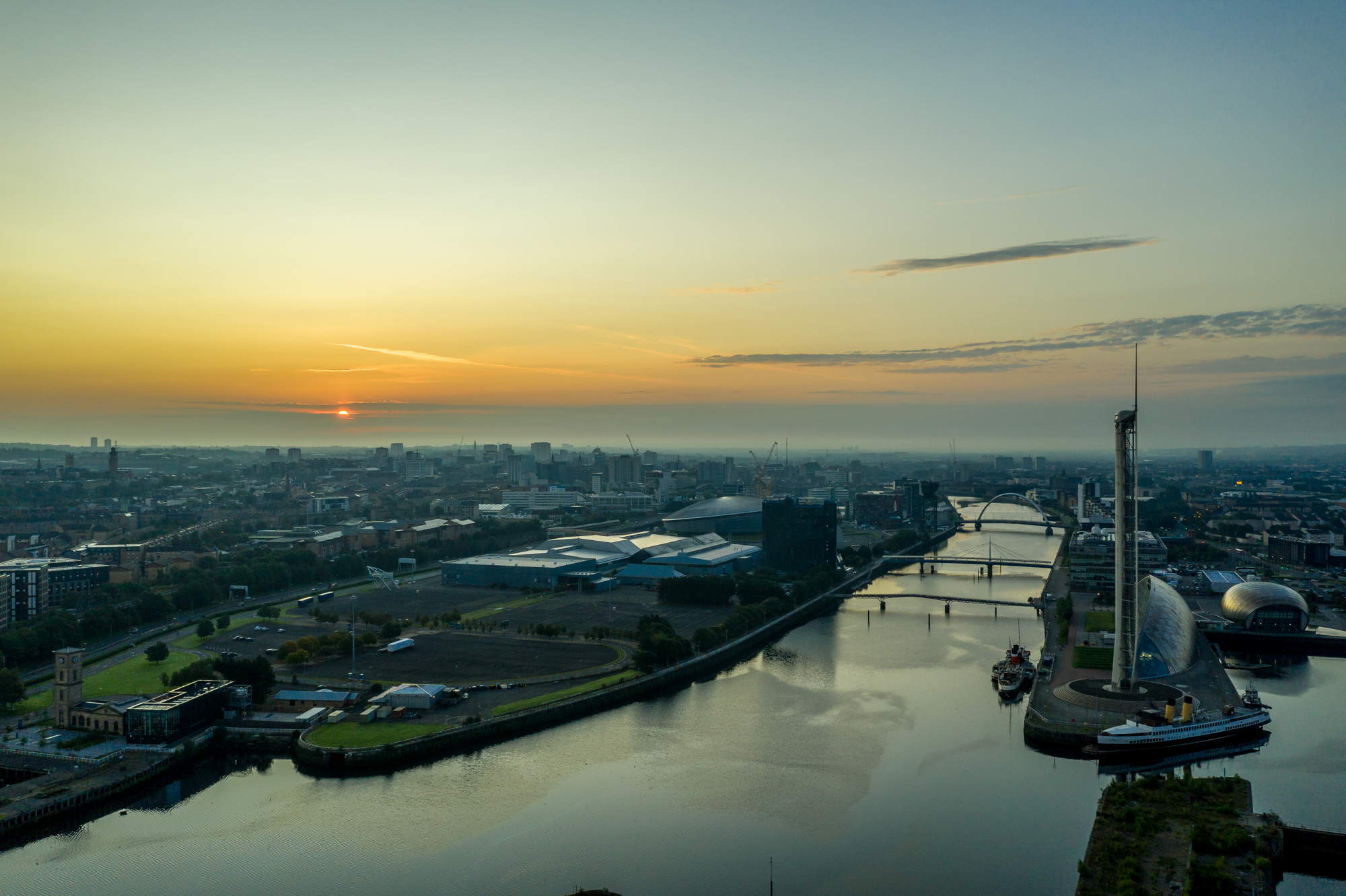 Is Glasgow set to host Pope’s plea for planet?

The future of the planet and the welfare of the world’s inhabitants – these are the issues facing world leaders as they come to Glasgow later this year for the UN Climate Change Conference known as COP26.

Churches will open ahead of Holy Week 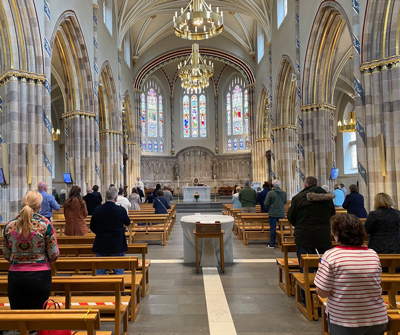 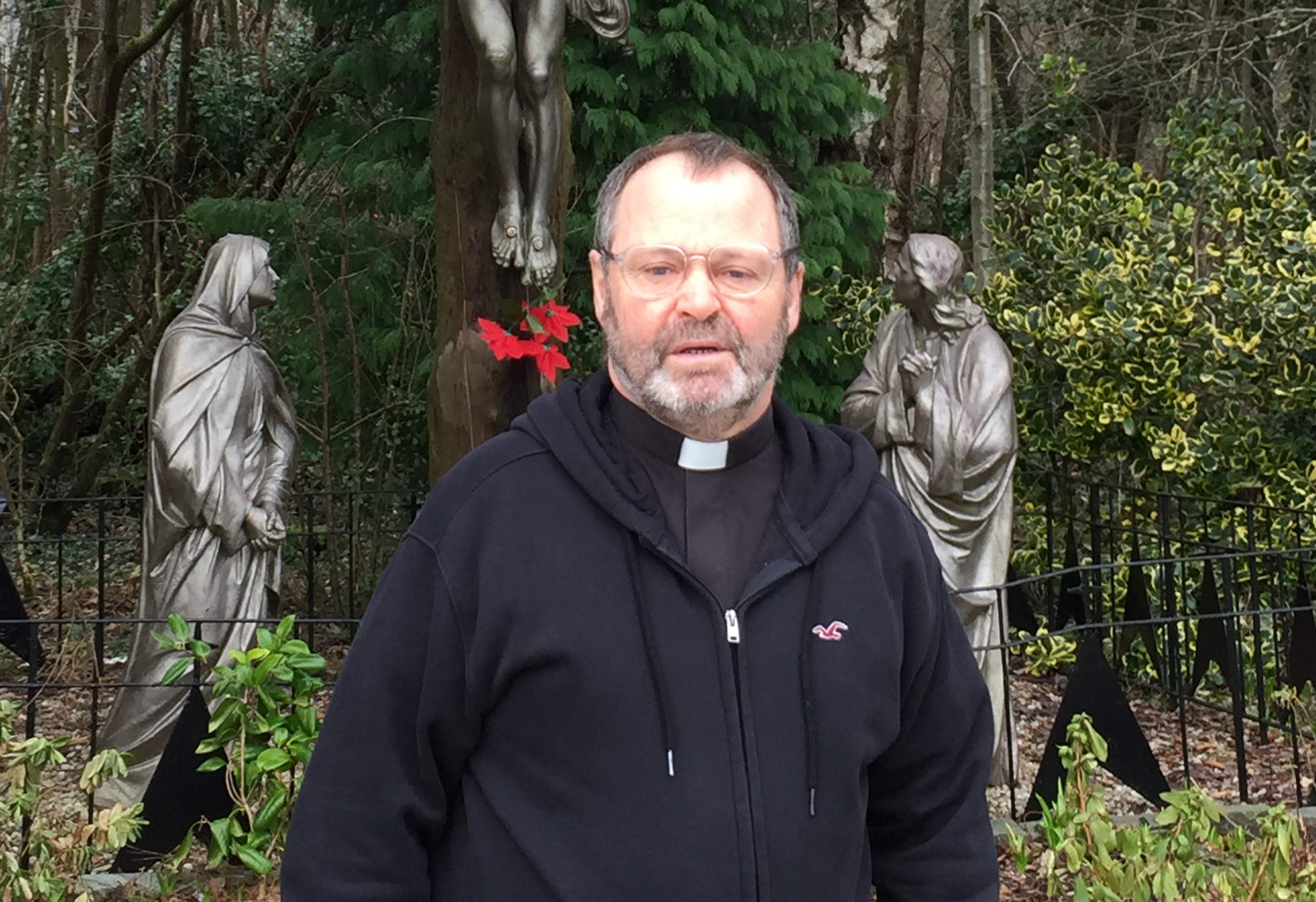 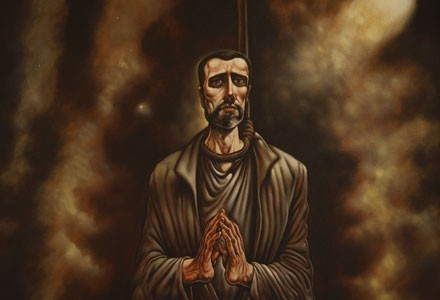 Although John Ogilvie has no relics, elaborate tomb, or public statue, the Scottish Catholic Archive contains a poignant link with Scotland’s first post-reformation saint in the form of a rare book which bears his signature
Read more… 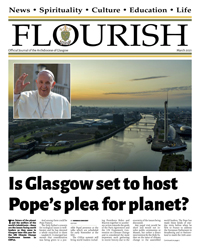 The current emergency means our churches have had to close, but costs remain and some parishes are in a difficult situation. If your own circumstances allow it, please consider helping us by donating £5 during this worrying time. The Archdiocese has set up a system whereby you can simply text RCARCHGLA to 70085 to donate £5. Please share this emergency donation option with others, especially those who may be anxious because they normally contribute to their parish through collection envelopes. Those who use collection envelopes are asked to continue to place donations in these and deliver them to the local parish after the emergency has passed.

Is Glasgow set to host Pope’s plea for planet?

The future of the planet and the welfare of the world’s inhabitants – these are the issues facing world leaders as they come to Glasgow later this year for the UN Climate Change Conference known as COP26.

And among them could be Pope Francis.

The Holy Father’s concern for ecological issues is well-known and he has devoted a whole encyclical to them – Laudato Si. It emerged last month that consideration was being given to a possible Papal presence at the talks which are scheduled for early November at the SEC.

The COP26 summit will bring world leaders including Presidents Biden and Macron together to accelerate action towards the goals of the Paris Agreement and the UN Framework Convention on Climate Change and is considered the most important such gathering in recent history due to the enormity of the issues being discussed.

Any papal visit would be short and would not involve public ceremonies or Masses, but rather a direct intervention by the Holy Father on the issue of climate change to the assembled world leaders. The Pope has made these kinds of one-day visits before when he flew to France to address the European Parliament in Strasbourg and to Switzerland to mark the 70th anniversary of the World Council of Churches. Both of these were one-day round trips.

All countries signed up to the UN Framework Convention of Climate Change are entitled to attend the Glasgow event, including the Holy See, which has UN observer status. Cardinal Pietro Parolin, the Vatican’s Secretary of State and most senior diplomat, has led the Holy See’s delegations at previous summits.

Speaking to diplomats in the Vatican earlier this year, the Holy Father explicitly highlighted the importance of the Glasgow summit. He said he hoped that “the next United Nations Climate Change Conference to take place in Glasgow next November, will lead to effective agreement in addressing the consequences of climate change. Now is the time to act, for we are already feeling the effects of prolonged inaction.”

A Bishops’ Conference working group, chaired by Bishop Bill Nolan of Galloway has been in place since last year to plan for the event. Already a series of preparations are underway:

• Schools across Scotland will study and put into action the insights of Laudato Si through special events and there will also be a “season of creation” theme in September.

• The Bishops of Scotland plan a pastoral letter to sensitize people in late spring ahead of the UN Conference.

Mgr Hugh Bradley, Archdiocesan Administrator, said: “We would love to have the Holy Father in Glasgow, even if only for a few hours, and we hope and pray that we may have a new Archbishop in place to welcome him to the Dear Green Place.”

Churches will open ahead of Holy Week

Churches across Scotland will be allowed to open once more from Friday March 26.

The announcement was made by First Minister Nicola Sturgeon in the Scottish Parliament on March 8.

Under the new regulations Masses and liturgical services will now be celebrated throughout Holy Week and the Easter season.

The First Minister also announced a change to the maximum numbers allowed inside each church during services, lifting the cap from 20 to 50 where the size of the building can allow suitable social distancing.

The Government move followed a call from Scotland’s bishops to lift its ‘one-size-fits-all’ cap on the numbers who can attend services when churches reopen.

Instead, the bishops maintain congregation size should be calculated in accordance with the size of each church, a system similar to that used in the retail sector, which still maintains social distancing regulations.

The bishops say: “As Scotland’s Catholic bishops, we welcome the recent announcement by the First Minister foreseeing a return to our churches for the most important celebration of the liturgical year at Easter. We also welcome the recognition of the status of public worship implicit in this decision.

“The Catholic Community recognises the seriousness of the pandemic and is committed to working with others to avoid the spreading of infection.

“At the same time, we anticipate ongoing dialogue with the Scottish Government regarding the requirement of a numerical “cap” on the number of worshippers. As we continue to observe social distancing and the protocols on infection control and hygiene formulated by the Bishops’ Conference working group under the leadership of the former Chief Medical Officer Sir Harry Burns, we maintain that it would be more appropriate for each church building to accommodate a congregation in proportion to its size rather than on the basis of an imposed number.

“We echo here the timely words Pope Francis addressed to the representatives of countries to the Holy See on the 8th February 2021:

“’Even as we seek ways to protect human lives from the spread of the virus, we cannot view the spiritual and moral dimension of the human person as less important than physical health.’

“The opening of churches is a sign that the sacrifices endured so far are bearing fruit and gives us hope and encouragement to persevere. We pray that the Risen Christ, for whom we long during this holy season of Lent, will bless and bring healing to our nation.”

Father Jim Lawlor, parish priest at Immaculate Conception Maryhill, has used lockdown to produce a new Stations of the Cross booklet of prayers and reflections … and it has proved so popular throughout the parish and beyond that his quota of 400 copies have been sold with a second print run planned.

But Father Jim, whose social media posts and online video diaries throughout lockdown have proved extremely popular with his parishioners, was happy to acknowledge that the book was a joint effort with the Daughters of St Paul who run the Pauline Bookshops throughout the UK including the shop in St Enoch Square in Glasgow.

Father Jim said: “Sister Angela Grant, from Greenock is the leader of the leadership team – in the old days we would have called her the Mother Superior – of the Daughters of St Paul based in Slough whom I have known for ages.

“She tuned her community into our live stream here early on, around Lent last year because many of the sisters in their big house in Slough have worked in and love Glasgow.

“We got talking over the weeks and to cut a long story short Sister Angela asked me to write up a set of prayers and reflections for this year and of course I was delighted to produce a booklet for this Lent which you could say was born of live streaming.

“It was a pleasure to have been asked to work with the Daughters of St Paul in their apostolate of spreading the Good News through the media.”

Sister Angela said: “During lockdown I admired how Fr Jim spontaneously took his phone and live streamed to his parishioners.

“This means of keeping in touch with his local parish community exceeded his aim. Within weeks people from all over the country and beyond were leaving comments which expressed gratitude and appreciation.

“During lockdown he would go out into the chapel garden and lead brief reflections and a decade of the rosary. Other times he would lead a prayer at the end of day from his sitting room with a short Scripture text and a blessing – his blessing.

“I was inspired to see how many people were tuning in and engaging with social media.

“Our Pauline production team came across a selection of X-ray paintings of the way of the cross by a one of our lay members Adnelle Valenza, a gifted artist and professional business consultant currently working in Hong Kong, who has committed her life to evangelising through the media.

“We were interested in producing her work so when we discussed who we could ask to provide prayers and reflections to compliment what Adnelle created, Fr Jim was the person who came to mind.

“Not just due to his appreciation for art but because his reflections are contemporary and prayerful engaging us to journey with Jesus during this Lenten season and throughout the year.”

* The booklet, priced £4.99, is available direct from Father Jim, with details on Immaculate Conception Facebook or through the Pauline website: www.Pauline-uk.org

Although John Ogilvie has no relics, elaborate tomb, or public statue, the Scottish Catholic Archive contains a poignant link with Scotland’s first post-reformation saint in the form of a rare book which bears his signature.

The small vellum-bound book known as  Tractatus Mysteriorum Missae, was written by Francis Titelmann and published in 1549.

The title page has a little handwritten phrase in Latin, ‘ad usum P Ioannes Ogilbaeus’ meaning ‘For the use of Father John Ogilvie’.

The book is part of the Scottish Catholic Archives held in Aberdeen University – less than 50 miles from the saint’s birthplace near Keith, Banffshire.

Its existence is not widely known among the general public although scholars and those with an interest in religious antiquarian books, like Father Jim Lawlor of Immaculate Conception Maryhill, are familiar with the book and its significance.

He said: “Several surviving copies were in Jesuit libraries – not surprising since it was published about ten years after the Society of Jesus was founded. So it would be a contemporary devotional work for prayer and – as the title suggests – it is a reflection on the Mystery of the Mass.

“We will never know for sure if Father John Ogilvie wrote the words himself, but what is certain is that he used the book. Although since the Jesuits take a vow of poverty Ogilvie couldn’t say this was ‘his’ book but the Society’s book of which he had use.

“The period in which the book was published was right in the crucible of the reformation controversy and one major element of that was precisely about the Mass so there’s the historical as well as the personal here.  In fact, the Council of Trent’s first decree about the Mass was published in 1551 – almost exactly contemporary to the book.

“All of this ties Ogilvie, the reformation, the Council of Trent and the re-evangelisation of Scotland all into one historical orbit.”